The Hardy ProTeam is made up from arguably some of the finest instructors and fishermen, ranging from world casting champions to international anglers.

The ProTeam are on our stand at various fishing events throughout the year, to help showcase the most recent and innovative products and offering advice from their wealth of knowledge and experience. Behind the scenes, their input helps make sure the next generation of tackle is even better than the last.

Some of the ProTeam also offer guiding and tuition and write inspiring and educational fishing articles, both for our own Hardy ezine, and for the UK's main angling publications. 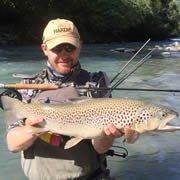 A fly angler since he was 9 years old, Howard has been fortunate enough to fish some of the finest destinations in the world for dozens of species in both salt and fresh water.

A former tournament caster, Howard has represented England at World level and has won in excess of 90 professional casting events. Howard later took up Competitive Fishing, representing England 15 times to date; he was part of World Championship winning Team England in 2009. Howard's individual highlight was placing fourth in the 2012 World Championships.

Howard is APGAI qualified, and has been recognised by the Rodsmith's Guild, who awarded him the title Master Designer. 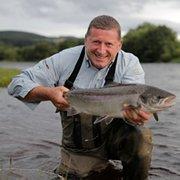 Regarded as one of the world's leading experts with a double handed rod, Ian Gordon has worked in Salmon fishing for nearly 30 years. A World Speycasting Champion, he holds STANIC and AAPGAI instructor's qualifications and through his company speyonline.com runs one of the country's premier fishing/casting schools, also organising and hosting Salmon fishing holidays on various Scottish as well as Norwegian rivers. Ian has also held fly casting schools in Japan, Korea and the US, as well as in almost every European and Scandinavian country.

In his latest film, Blue Charm, Ian encapsulates the allure of Salmon fishing in Scotland, exploring the sport of both from a cultural and historic perspective.

He is a writer and journalist with the UK's principle magazine, Trout and Salmon, his in-depth knowledge of the Atlantic Salmon making his views and articles popular with a great many readers of both this and his blog. Ian is recognised by both STANIC AND AAPGAI. 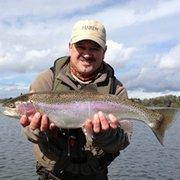 At the time of writing in 2013, John was ranked 3rd in the World and with 20 years of guiding experience with beginner and experienced anglers alike, John is firmly established as a leader in International fly fishing.

John also features in a television series with Chris Tarrant, due to be broadcast on terrestrial TV in 2013. 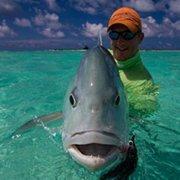 Peter McLeod has done nothing but fly fishing travel for 20 years and in that time has visited over 60 operations in 20 different countries, some of them as many as nine times (Seychelles and Los Roques). He has travelled extensively in his quest to find the finest fly fishing experiences available. His depth of technical knowledge is equally at home hunting Salmon in Iceland, Taimen in Mongolia or Giant Trevally in the Seychelles. Although he started as a Salmon guide in Norway at 16, over the last 14 years saltwater fishing has been his focus and his knowledge of saltwater destinations is second to none. His fascination with Trevally species is bordering on the obsessive and he is constantly scouring the globe for that next mind blowing hotspot to target these bull dogs of the flats.

Peter was involved in the testing and development of the Proaxis SINTRIX rods, he has an infectious sense of fun and does not take himself too seriously. For him it's all about the fishing and the pleasure of sharing those experiences with others. 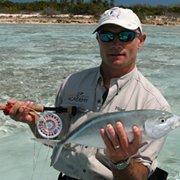 Stuart Minnikin is an advanced qualified instructor (APGAI) and guide working throughout the beautiful Yorkshire Dales in North Yorkshire. He is a former member of the England International Rivers Team and has worldwide fly fishing experience, having fished in places such as Chile, Poland, Mexico, Bahamas, Cuba, Croatia and Slovenia, often escorting groups of anglers to such places.

Stuart has also fly-fished extensively throughout the UK, from the northern most reaches of Shetland to the beaches of Jersey, the southern chalk streams to the Midlands reservoirs.

Stuart specialises in teaching river fly fishing techniques on the Yorkshire Dales rivers and guiding visiting anglers to some of the better (and secret) areas for Trout and Grayling. 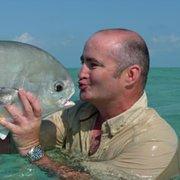 Howard Taylor is celebrating his 40th year as a fly fisherman. Howard was lucky enough to have been taught to fish and fly dress by legends such as Taff Price, John Veniard and Donald Downs. He has worked as a river keeper, a fly fishing instructor and studied conservation biology. Owner and founder of Upstream Dry Fly, Howard shares a lifelong passion for chalk streams and their conservation as well as the gentle art of fly fishing.

As well as upstream dry fly and nymphing on his home chalkstreams, Howard is a very keen Salmon and Sea Trout fisherman (co-owner of the famous Testwood and Nursling Fishery on the lower river Test). Howard has also travelled the world looking for the next piscatorial challenge. His favourite saltwater quarry is the elusive Permit. Last year he took another Super Grand Slam - a Permit, Tarpon, Bonefish and Snook in the same day... all with Hardy Proaxis X gear!

Howard enjoys instructing and guiding as much as catching the fish himself. He has hooked many youngsters and newcomers to the sport over the seasons and he has arranged fishing and guided for several celebrities and VIPs, including the former President of the USA! 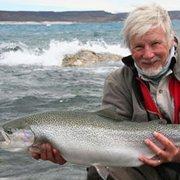 Having spent thirty years with Trout Fisherman magazine, written five books, owned his own fly shop and managed a fishery, Peter brings a wealth of diverse talent to the team.

Peter has been arranging foreign fishing trips for 25 years and always considers his trophy catch to be his IGFA World Fly Record for Arctic Grayling. Best known for his features on small stillwaters he is also a busy instructor, guide and fly tier with an enviable competition history and he will use his skills to enhance the Hardy brand. 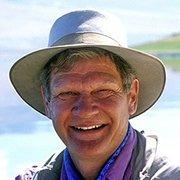 Gary Borger is considered one of today’s foremost fly fishing instructors. He has been fishing since 1949, fly fishing since 1955, and teaching, writing, and producing instructional videos and DVD’s since 1973. He was the Midwest Director of the Fenwick Fly Fishing schools, and Founding Board Member of the Federation of Fly Fishers casting instructor certification program. He has travelled and fished worldwide, and has written extensively about fly fishing. His articles have appeared in all the major outdoor and fishing magazines. His many books have become industry standards, and are heralded worldwide for their clarity of writing and logical approach to fly fishing. His first video, ‘Nymphing’ (1982), launched the fly fishing video industry, and his delightful, award-winning, music/poetry in prose CD, ‘My Madison,’ produced in conjunction with John Beth, is the first of its kind. He has been involved in the design and development of many fly fishing products, including rods, reels, wading shoes, vests, lines, and host of fly designs. Gary has received recognition awards from all corners of the fly fishing community, and continues to write, produce DVDs, and speak widely at fly fishing shows, clubs, shops, and other venues. 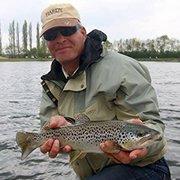 Léon Godijk has fished from the age of 19, specialising in river, lake and sea angling. With a keen interest in teaching fly casting and fly tying, Léon has published several articles about fly fishing. 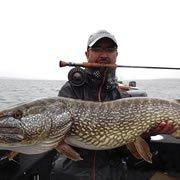 Quentin Dumoutier spends the majority of his time fishing rivers and lakes actively seeking ways to catch larger Brown Trout and Pike on the fly. He is one of the first to successfully catch large Pike on the fly on the famous French Alpine lakes. 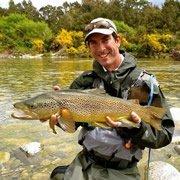 Based in France, Jean Michel has been a professional guide for over 15 years. Jean enjoys competing in fly fishing competitions and destination fishing in Cuba and Los Roques. He is also a ski and snowboard instructor. 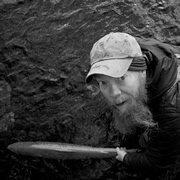 Mattias has been the only fully professional casting instructor in Sweden for over 15 years and belongs to the absolute frontline of instructors and casters in the world.

He has specialised in the Modern Scandinavian fly casting- as well as Skagit disciplines and has trained thousands of fly fishermen in both single and double hand technique, mostly in Scandinavia but also in Argentina and in the USA. His excellent pedagogic skills and in-depth knowledge of the physics and mechanics of fly-casting have made his casting and fishing schools extremely popular.

Over the years, Mattias has represented and been involved in product development for most of the largest Scandinavian fly fishing brands as well as Hardy, Greys and Rio Fly lines. As an active writer, Mattias contributes to various fly fishing magazines and has hosted the popular Web TV show – Fly TV several times. 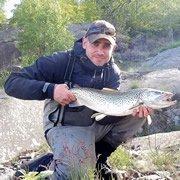 Jens is based in Gothenburg on the Swedish west coast and is a devoted Sea Trout fly fisher. Jens has been fishing for sea run Trout for 15-20 years, both casting and on the fly. Nowadays he only practices fly fishing and spends approximately 100-120 days on the coastline each year searching for new spots and large fish. Jeans is also an avid fly tier with many self-made patterns. 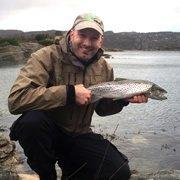 At the time of publication Ryan is the world’s only International (IFFF) and European (EFFA) certified fly fishing guide. His addiction to fly fishing and fly tying started at the age of 12 where he learnt his craft on the stony rivers of North West Wales. At 23 he moved to the fishing paradise of Southern Norway where he runs Southern Norway’s premium professional guiding business, AnglerPilot. When not guiding Ryan works as a full time Norwegian paramedic and rescuer, which possibly makes him the safest guide to be around when fishing!

Ryan has been on many International TV channels with his passion for fly fishing and appeared in International fly fishing magazines. He is equally at home dry fly fishing for wild Brown Trout to hunting coastal Sea Trout to spey casting over Salmon rivers. He has had the opportunity to fly fish many international destinations, but he is happy just as long as he can be out in nature with a Hardy fly rod in hand. 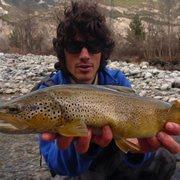 Based in France, Simon fishes for Trout and Salmon on small mountain streams, lowland rivers and high-altitude lakes. The French Alps and Pyrénées are his favorite hunting ground. Simon has been writting aarticles in several French Trout fishing magazines for over ten years.