The all important Exuviae

Exuviae is the scientific term used to describe the remains of an exoskeleton, the waste skin left after the insect has moulted. Surprisingly, this shed skin of the animal can be important to biologists as it can often be used to identify the species of the animal and even its sex.

As it is not always practical to study insects, or even crustaceans or arachnids directly and because exuviae can be collected fairly easily, it can play an important part in helping biologists determine some general aspects of a species overall life cycle such as distribution, sex ratio, production and proof of breeding in a habitat.

The Latin word "exuviae" translates as "that which is stripped from a body" and this often overlooked slither of skin can also be very important to the fly fisher. As anglers, we often refer to the exuviae as a 'shuck'. 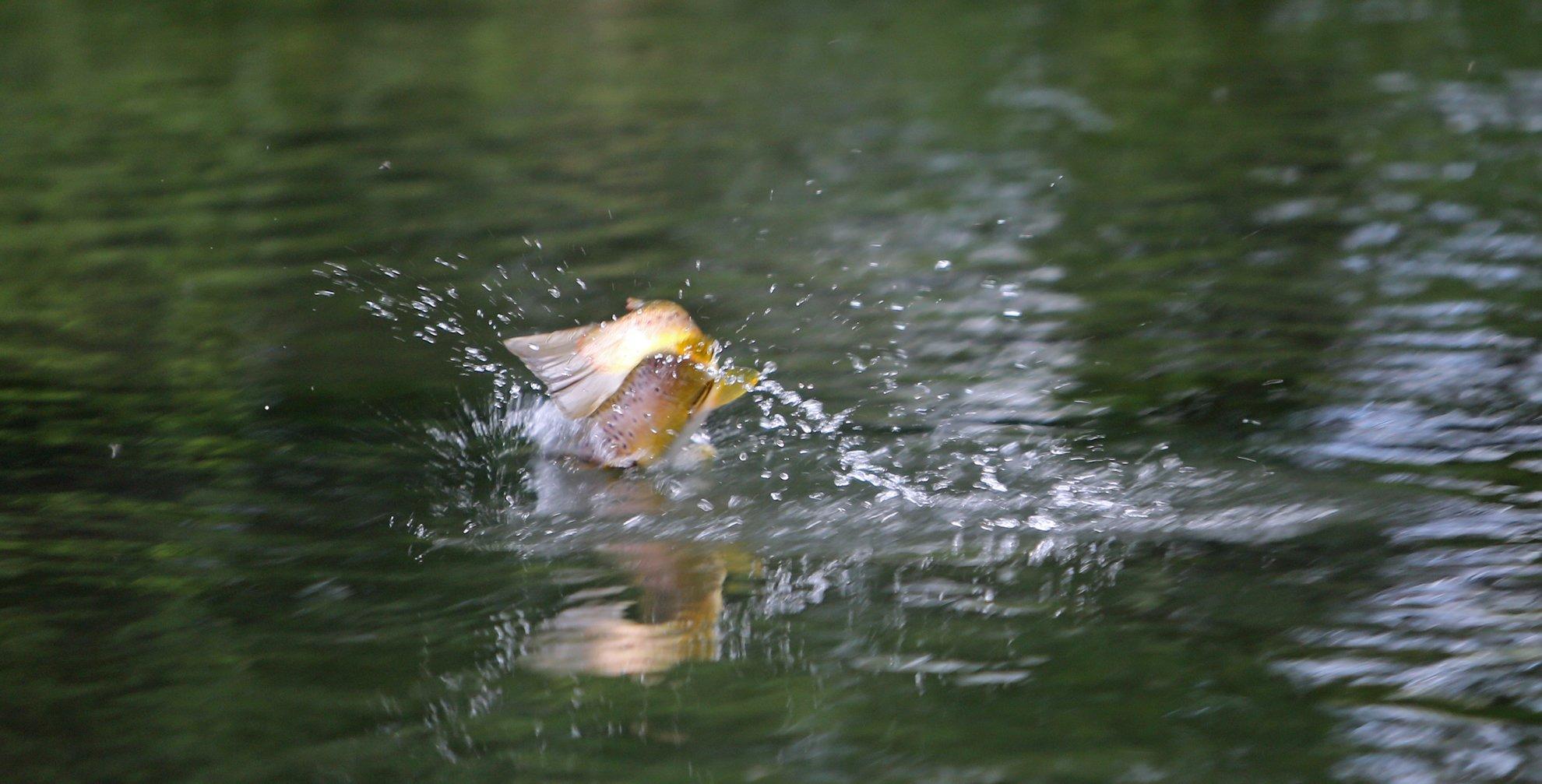 I have often watched the river, especially during popular mayfly time or a thick olive hatch on the southern chalk streams. Feeding trout become wary and home in on crippled insects, part way through emerging and trapped within their 'shuck'. As a guide, I can't count the occasions I've witnessed feeding fish ignore both the upright insect and the angler's dun imitation and repeatedly eat an emerging or crippled insect just millimetres from our fly.

How then, can we as anglers imitate this phase of the fly's lifecycle and therefore fool the most wary and selective of fish?

As a fly fishing mad youngster, I was inspired by the 1980 TV program for The World About Us with Brain Clarke and John Goddard entitled 'The Educated Trout' and of course their milestone book of the same year 'The Trout and the Fly'. Many years later, I had the pleasure of fishing with the late John Goddard. We sat together on an angler's bench surveying a beautiful stretch of Hampshire's river Dever. John lit a cigar and we watched both trout and grayling rise to blue winged olive. He kindly gave me a couple of his parachute olive JG emergers and explained how he would wet the blonde fly fur tail of the fly so it sank in the water and represented a translucent shuck suspended beneath the rest of the dry fly.

As well as being a wonderful fly fisher and fly dresser, John was a trained entomologist and Fellow of the Royal Entomological Society. He is the author of twelve books on angling, entomology and fly tying and was a pioneer of precisely matching the hatch.

With modern day fly tying materials such as CDC these ideas have been taken even further and a variety of materials can be used to represent the exuviae in a multitude of dressings representing many species of aquatic insect.

Below is a selection of flies with exuviae and they are all fished as John recommended by wetting the 'tail' prior to casting the fly. A lick does just fine.

I would urge you fly dressers out there to experiment at the vice and on the water with exuviae flies!